The DEKAS – A Unit led by the Elite

From 501 BC the Greeks would elect ten elite individuals to conquer in war. This elite army of ten was led by Strategos, which literally means strategist or 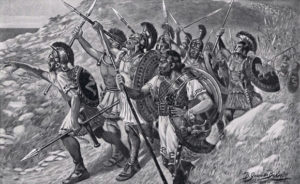 leader. The team of ten put together would be known as the “Dekas” which translates to the number 10 in Greek.

At Sentinel Security, The DEKAS Unit is an elite team formed to carry out higher level, higher risk assignments and protection operations, that requires the best trained, most experienced and elite specialized security personnel.

Many security companies profess to provide Security or Close Protection Services but have no qualifications for such work.  This would be the equivalent to your family doctor performing open-heart surgery.

When meeting new clients, one of the most popular questions asked is if our personnel our trained or receive training regularly.

Being involved in the security industry for quite a few years now, the word “Training” seems to be watered down quite a bit.  As a client being told that security personnel are trained or trained regularly does not really give you the assurance that you are getting a qualified professional.  In fact if the training received is not relevant to the work performed or if the instructors providing the training do not have the credentials or life experience, then just how effective is the training? 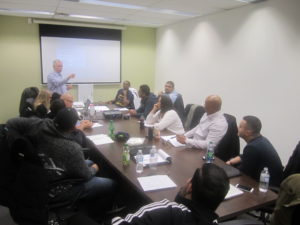 Workshops for their security personnel on a regular basis.  This training is absolutely essential to providing our clients  and our VIP’s the protection they require.

Joe Balz worked with the RCMP  for 31 years. His experience included Major Event planning, including a secondment to Calgary as the coordinator of the Personal Security Team for the G8 Kananaskis Summit 2001.  Further to 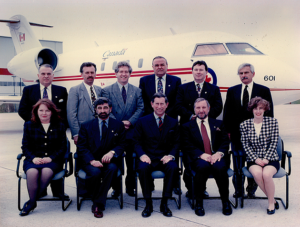 this he was responsible for the identification and selection, training and implementation of the security teams providing security for the attending Heads of State.

Joe continued his service and was responsible for the organizing, managing and co-ordinating visits of Heads of State and other designated V.I.P.’s in Canada and abroad for over 13 years. This included threat risk assessment and analysis.

Shortly after Joe retired from the RCMP, he moved into the Corporate Sector working with Scotiabank where he was responsible for Scotiabank Personnel and Physical Security in over 50 countries.   There he conducted Physical Security consultations, evaluations and surveys of Government, Corporate and Private facilities domestic and internationally as well he developed and reviewed Emergency plans, policies, procedures and directives as well as established viable and realistic options for security deficiencies noted.

In  2009 Joe’s experience led him to at CTV/Bell Media as the Director of Security.  His responsibilities included the safety and security of Personnel and 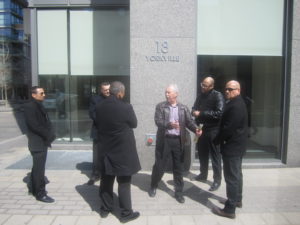 Physical Security of all facilities and assets across Canada as well as the responsibility of assisting with security of all Foreign Correspondents. This included co-ordinating and managing the security of major corporate events such as the JUNOS, Much Music Video Awards.

In 2014, Joe founded GloProSec Preventative Services a service that centered around Personal and Physical Security, Threat/Risk Assessments and Major Event Planning.  In this same time frame, Joe was brought on by Sentinel Security as the Chief Instructor to oversee all their Close Protection Training.

At Sentinel our goal is to be the best at what we do. And by being the best that need’s to be reflected in our Training Philosophies and Instructors.  Our aim is 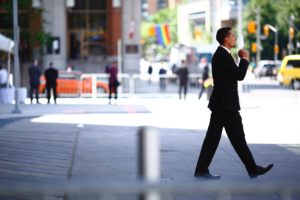 to give our clients the peace of mind they need to go about their daily activities and business.