As much as it feels like it was almost just yesterday that we were taking down all of the Christmas and holiday decorations. Gently packing away heirloom pieces, homemade and sentimental ornaments, and prepackaged things that sparkle. It is now a year later and here we are again. Pulling out those boxes and putting tinsel town together once again. One snowflake, one Santa, and one angel at a time.

Its the one time of the year when you can walk into any house or store or street corner, and without a second thought, know exactly what holiday season you’re in.

Christmas can be overbearing. Sometimes, for some, it sticks around a little longer than we may feel comfortable with.

If you’re not a fan of Christmas songs, the radio probably isn’t the place for you right now. If you don’t like Christmas decorations or anything about Christmas – you should probably just avoid the outside world all together.

For others, Christmas really and truly is the most wonderful time of the year.

Christmas should be a time of the year where people embrace togetherness. Family and friends taking time away from work and life and setting aside any differences to just be together.

However, in a society so driven by the economy and haves and wants, Christmas will still be incredibly gift motivated.

For some, its the spirit of giving. Finding something that someone would love, or want, or might not otherwise buy for themselves.

Sometimes the giving spirit can definitely have some get carried away.

We set limits and boundaries and just keep exceeding all expectations – including our wallets.

And when we think we’re all done and the final gift has been wrapped… we start to think about those we forgot.

For some this may sound like a far fetched poke at the extents some people go to at gift giving. And you wouldn’t be wrong in assuming that.

While I would definitely not expect everyone to add ‘security guard’ on their list of people to buy for, for those of you that already have that on your list – you may be wondering what you can actually get?

Now if you’re George Constanza, you’ll probably opt for something in the comfortable chair category – and we all know how all know how well that works out.

So what else could you give that isn’t going to be nap inducing?

People that work on the front lines are doing these jobs because they care. They care about you and the people around you and basically everyone. They want to ensure everyone’s well being and safety at all times.

Those that work at the expense of others are often making sacrifices. Beyond the physical, mental, and emotional risk that being a responder entails, there is still more. They are sacrificing time spent with family. First steps, soccer games, school plays – the things you would automatically expect everyone to be there for, are often not always the reality they are faced with.

Family holidays – Christmas, Thanksgiving, Easter – more quality time they spend away from those they love.

So for those that you pass by that are working and looking after your well being and safety during the holidays or any given Thursday – remember they could be missing time with family. They could be missing Christmas morning or their Childs dance recital.

There isn’t a physical gift or anything that money could buy that will replace these moments. However taking the time to acknowledge their actions, their sacrifices, and their time. To give them an extra pat on the back and let them know that it is all worth it and what they do is noticed.

Police, Fire, Emergency Services and even Security. These are staples in our society and while their responsibilities each may differ, and the level of service they provide may vary – they all have one thing in common. And thats the sacrifices they take to put others before them.

So in a season where happiness can almost be bought online at Amazon or through a Black Friday Sale – remember those that may have wants that can’t be bought. Extend an extra smile and acknowledge everyone around you.

Showing you care doesn’t have to come with a price tag – but can show the most meaning. 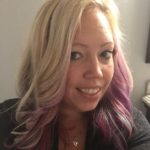